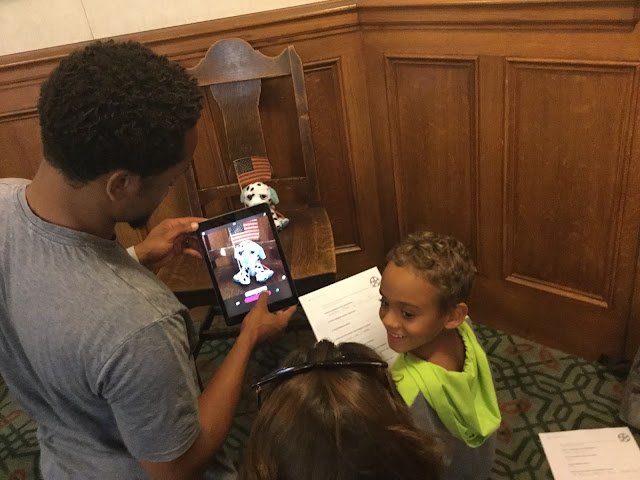 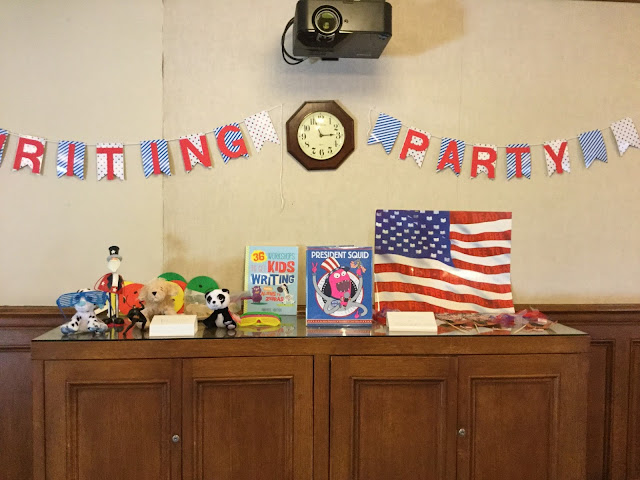 On July 13, 2018, we had a special creative writing and filmmaking workshop for kids between the ages of 5 and 8, to make campaign videos about getting their toys elected president!

The idea came from the book I've published with lesson plans to do writing workshops with primary grade kids: 36 Workshops to Get Kids Writing From Aliens to Zebras. In it, you'll find my lesson plan for this writing party and the handouts to supplement this lesson.

First we read the book "President Squid" by Aaron Reynolds and illustrated by Sara Varon. Then we watched a couple of funny campaign videos on YouTube, and brainstormed a campaign video using a favorite toy as the candidate. We used a handout from my book to start writing our script ideas. 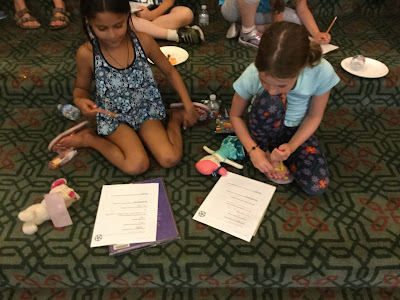 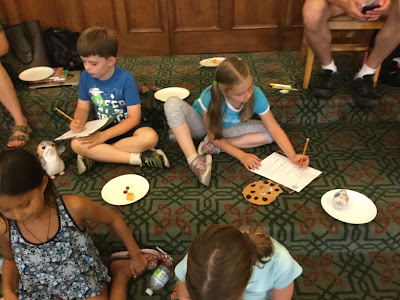 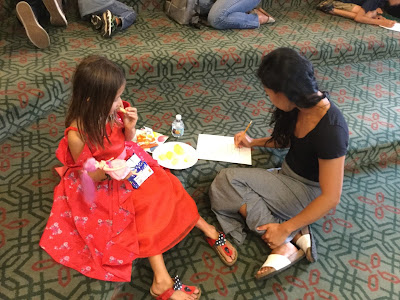 Then we filmed our toys talking about why they should be president, using iPads with the iClips app. It was very easy and smooth to film and edit. Parents took short clips of their kids acting these commercials out, and then combined the clips together in the app to make their films.

I made a film of my own to give kids some ideas for how to use the props or sample arguments to make. Is my video amazing?... Of course not. :) That was the point--I wanted to make something very simple that a five or six year old could make.

I made or purchased props from Michaels and the Dollar Store--it helped that July 4th was fairly recent and there was lots of American flag themed items on clearance! 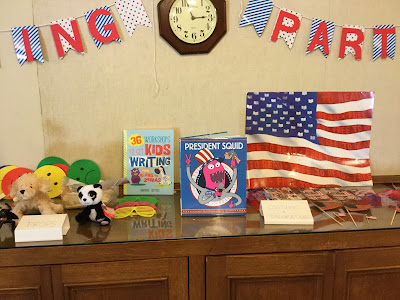 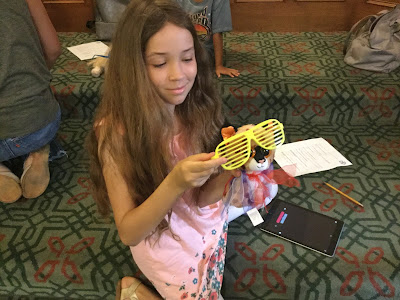 Most kids brought their own toys, but I also had a few on hand to lend for kids who didn't bring one. I loved seeing the kids get into the filming and parents get really engaged with the filming and editing!

In hindsight, I wish I had encouraged the kids to all do their filming outside, because you can hear me yammering in the background while some of them were filming their videos. The kids who filmed outside the room didn't have that problem.

The kids also got to make campaign buttons for themselves: 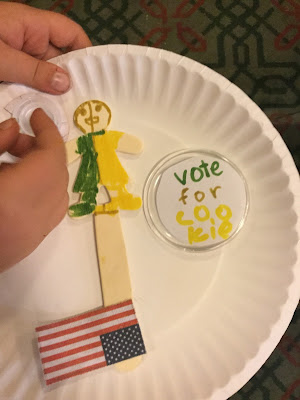 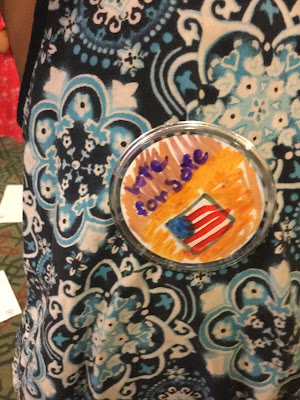 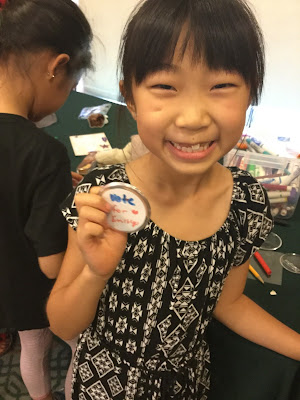 At the end, I quickly uploaded all of the videos from the iPads onto a laptop and showed them. We held a vote on our favorite video. That's what it's about right?--elections! The winner was this one, by Abby V., about a Cookie running for President:

Here are the rest of their adorable films!

Isn't it just awesome how these kids are making arguments listing pros and cons, using character and voice, having fun with monologue and dialogue, as well as props, scriptwriting, staging, etc.? I can't wait to do this program again!
at September 10, 2018 No comments: